The Nurburgring is all about setting new records and a new one has been smashed again. Five different supercars made it to the 12.8 mile race track circuit to set a new car lap record and a winner has emerged. Maserati MC12, Enzo Ferrari, Pagani Znda F Clubsport, Porsche Carrera GT, and Koenigsegg all got together to contest for the new Nurgugring times at the Nurburgring Nordschleife. A winner emerged and it’s none other than the Maserati MC12 2004 with an unbelievable 7:24.29 lap time. The great part is that the supercar didn’t just set the record for the fastest car in the group but also sets a new lap record at the same time.

No doubt, the Maserati MC12 Nurburgring was the sturdiest among the group, featuring its traditional steel brakes and contemporary dampers. With its close to regular look, the car still went ahead to beat the other four hands down. The second car that came to it in lap record among the group is the Pagani, a contemporary looking small Italian build with its 7.3 liter Mercedes engine. This supercar finished second with a lap record of 7:24.65, coming short of 0.36 seconds of the Maserati MC 12.

Of course, the Maserati MC12 is not the fastest in the real sense of the word but its exceptional aerodynamics makes all the difference. The car’s engineering is designed for performance. Its sturdy drive handling also allows for the maintenance of smooth and consistent speed. As far as the Maserati MC12 is concerned, horsepower isn’t the singular factor that contributed to its performance. The excellent balance in power and wheels all contributed to what made it the record breaker and the World’s only street converted Maserati MC12 Corsa of choice.

Interestingly, this balance has remained the hallmark of the production of race cars and the Maserati in particular. Truth be told, Maserati race cars are not the most powerful vehicles on the grid but the highest balance of the cars enable their drivers to make the best of the useable performance, which gives them the required confidence to run the cars to their limit.

Maserati MC12 Nurburgring: Performance and Speed Runs in the Family

Speed is something that Maserati race cars have in common. The Maserati street cars are testaments to this fact. For instant, the Quattroporte doesn’t compare to some M-Power or AMG in theory but when it comes to performance at the race tracks, the Quattroporte beats them hands-down on different level. When the Evo retired its old track configuration not long ago, the Quattroporte maintained the sedan lap record and none could beat it to the speed. This obviously validates the fact that performance and speed indeed run in the family of Maserati. 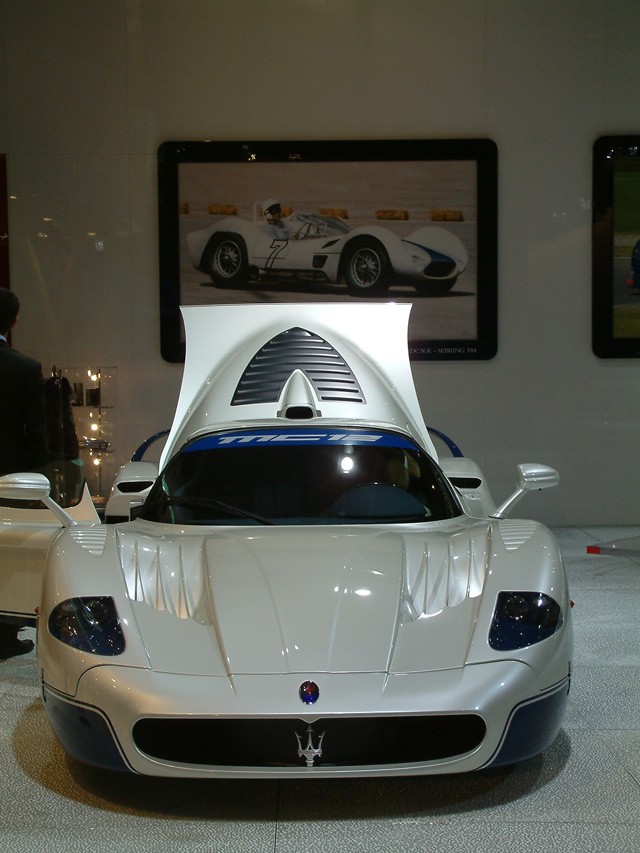 The Maserati MC12 is absolutely faster than many of the latest supercars making their way to the Nurburgring of recent. This is a clear indication of Maserati’s commitment to manufacturing cars that are built with the finest engineering components in mind. If you are interested in getting the latest Maserati MC12 price, you might want to take a trip to your local authorized Maserati car dealer.