In the world of performance, speed, and at the Germany track, the Porsche 911 GT2 2007 has proven itself to be a record setter. With a lap record of 7:31.00, this powerful machine has set a new Nurburgring times record as one of the fastest supercars in its category.

What stands the Porsche 911 GT2 Apart?

The Porsche 911 GT2 engine was designed based on the 220 cu in (3.6L) flat-6 engine typical of the Turbo. Featuring two variable geometry turbo-chargers, the engine produces a maximum power output range of 390kW at precisely 6,500 rpm and 502 lb.ft of torque at 2,200 rpm. Additionally, the acceleration of the GT2 is estimated at 62 mph in about 3.6 seconds to 124mph in 10.6 seconds. It also comes at a maximum top speed of 204 mph, making it the third Porsche manufactured road car to have exceeded the 200 mph barrier. Suffice to mention that this is with an exception of the 1998’s 911 GT1 that had only 20 units manufactured for street use and designed only to satisfy the requirements of ACO homologation for racing. No doubt, the Porsche 911 GT3 has also gathered some additional features over the 911 GT2. 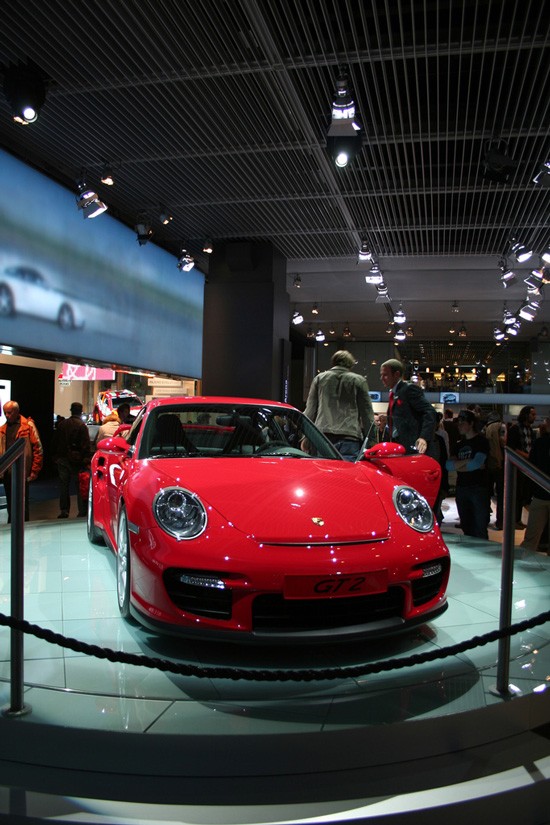 The Porsche 911 GT2 Nurburgring made the car race headlines when it sets its 7:31.00 records at the Green Hell, creating a name for itself. It also recorded a braking distance of 60 to 0-mph of 30m and 1.10g of lateral grip. It’s crucial to mention that in appearance, the 991 GT2 is different from its sibling model, the Turbo. The GT2 features a revised front lip, revised rear bumper with titanium exhaust pipes, shark fin outlets, and a newly created rear wind with two little air inlets at both sides.

Just like the Turbo, Porsche Active Suspension Management and Porsche Stability Management both did a number for the amazing speed of the ride. However, the Porshe 911 GT2 comes with raised thresholds for both electronic features. Also, the Turbo’s huge, optional 13.4-inch rear and 15.0-inch front Porsche Ceramic Composite Brakes are also featured in the GT2. This offers the superior stopping power that this supercar boasts of.

Size wise, the Porsche 911 GT2 2007 shaved some nine pounds in contrast to its predecessor. The less power feature has an impact on the additional power. With this, the rear drive naturally supplants the all-wheel drive as well as the exotic carbon titanium and fiber. The Porsche 911 Nurburgring time was made possible, thanks to its unique features and incredible performance.

The Porsche 911 GT2 is not only about power and performance. It also adds aesthetic value to the touch. So, if you are looking for a supercar that also checks at the point of luxury and beauty, this race car will definitely meet the spec for you. Are you interested in getting a GT2?  Check out the site of your local Porsche dealer to get the latest Porsche 911 GT2 price. You can also find more information about this unique ride at Wikipedia.org.