Porsche 911 GT3 has gone ahead to beat its own Nurburgring lap time at the Germany Nurburgring racetrack with a significant 12:3 seconds faster than its outgoing model. Well, if you have ever wondered if the newer version of a performance car is actually better than its forerunner, this is actually a great case study right here. It is no longer news that the Nurburgring times have become an excellent yardstick to measure the improvement of two generations of a specific car. This has consistently driven automakers to go all out with the goal of achieving the bragging rights at the Nurburgring racetrack.

All about the Porsche 991 GT3 Nurburgring Lap Time

When the Porsche 911 GT3 ‘cruised’ into the racetrack in 2018, we’re not sure many people expected a huge difference between the new model and the outgoing model. However, the new version of the performance car dazzled practically everyone at just 7:12.70. This means the new 911 time surpasses the old model with 12:3 seconds. Now, that’s huge!

This makes the Porsche 911 GT3 one of the fastest cars to ever lap the Nurburgring. This is more impressive and interesting, especially when you consider the fact that Porsche didn’t really make many significant changes in the new model. For instant, the signature aspirated 4.0 liters flat-six engine just features an additional 25 horsepower and an extra 15 lb-ft of torque when compared to its predecessor that featured 3.8 liters engine and a total of 500 horsepower and 339 pound-feet. By the way, there were some changes that were also made to the aerodynamic aids of the car.

Specific Features of the Porsche 911 GT3

The 2018 GT3 features carbon-ceramic brakes, rear-wheel steering, PDK dual-clutch automated transmission, and super-sticky Michelin Pilot Sport Cut 2 tires. When it comes to bodywork, the GT3 comes with a new front fascia that optimizes airflow. It also features a bigger front and rear diffuser, which enhances the aerodynamic properties of the car. In totality, there wasn’t much that was done in terms of upgrade to the older model but still, the new model broke the record of the former, giving it a new Nurburgring record. It’s of import to mention that the story of the Porsche 991 GT3 Nurburgring lap time would not be complete without mentioning the pilot. Porsche test driver, Lars Kern, was the one behind the wheel of the 2018 GT3 at the German racetrack. 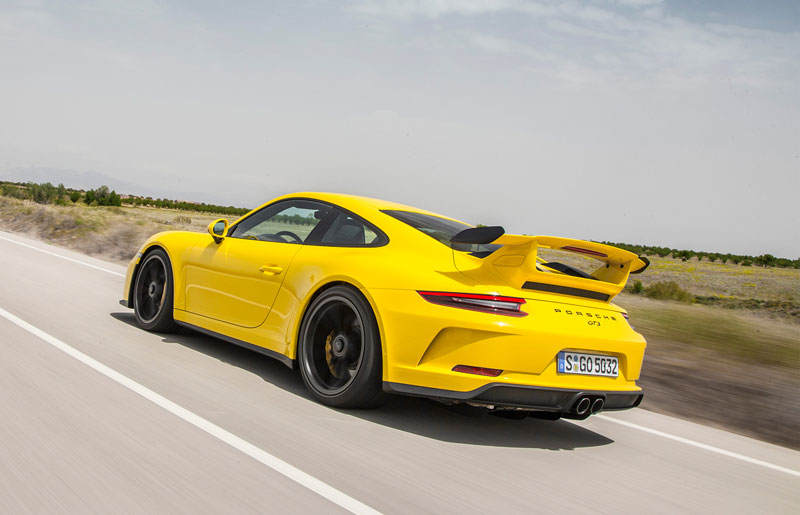 When the head of Porsche’s GT performance cars department, Andreas Preuninger of Porsche.com, mentioned earlier that his team was not going to get obsessed with Nurburgring lap times again, many people took the statement with a pinch of salt. Understandably, there weren’t major changes made to the new model but it still went ahead to lap the ‘Ring at just 7:12.7, going 12.3 seconds faster than the older model. With the new record, the Porsche 911 GT3 took its position as one of the fastest cars to ever lap the infamous German track.