The Porsche Carrera GT has made a new record and earned its bragging rights by lapping he Nurburgring Nordschleife track in 00:07:28.0 seconds. This places it among top performance supercars that have lapped the ‘Ring and left their imprint in Nurburgring lap times record. 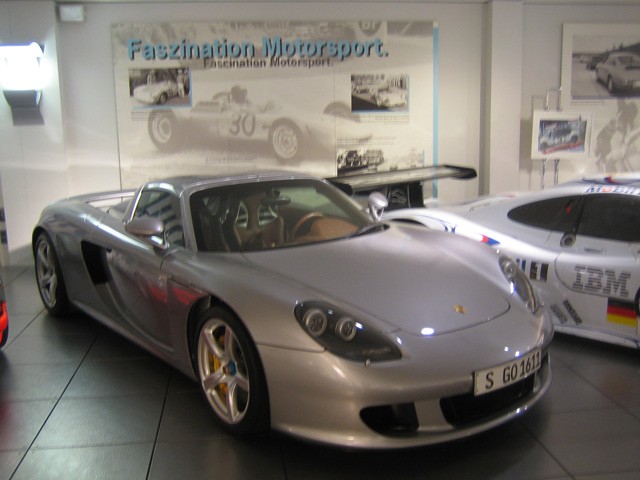 Driven by Marc Basseng, the Porsche Carrera GT went all the way with its 1404 kg size to land the new record and become of the fastest Porsche to ever lap the ‘Ring. The estimated peak speed of the supercar is placed at 269 kph (167 mph) and the average speed is 165 kph (103 mph). The Porsche Carrera GT is a mid-engine supercar manufactured by Porsche in 2004. The vehicle has been named the number one on the list of Top Sports Cars of the 2000s by Sports Car International. It also made it to number 8 on the list of the Top Sports Cars of All Time. Its performance at the Nurburgring track is therefore not such a surprise to many supercar enthusiasts.

The supercar features air dams and large side inlets that cool the huge V10 engine encased by the carbon fiber rear bonnet. The Porsche Carrera GT is fitted with the latest Carbon fiber-reinforced Silicon Carbide ceramic compound braking system. Similar to other models, like the Porsche 911 GT3, the GT series comes with an electronically driven rear wing that deploys when the speed is above 70 mph (113km/h).

The Porsche Carrera, like the Porsche 980 comes with trimmed soft leather. The navigation system and the Bose audio system were designed to standard. The ignition is positioned to the left side of the steering wheel, which is typical of Porsche models. Suffice to mention that the Porsche Carrera GT occupies the 38th position on the list of Top 100 Fastest Nurburgring Track Times. By the way, another Porsche model, Porsche 919 Hybrid Evo has the number one spot on the list. 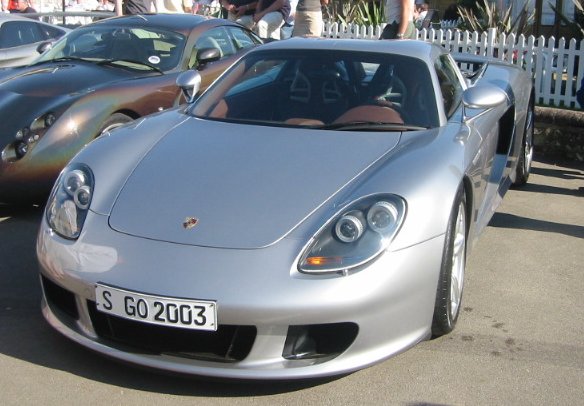