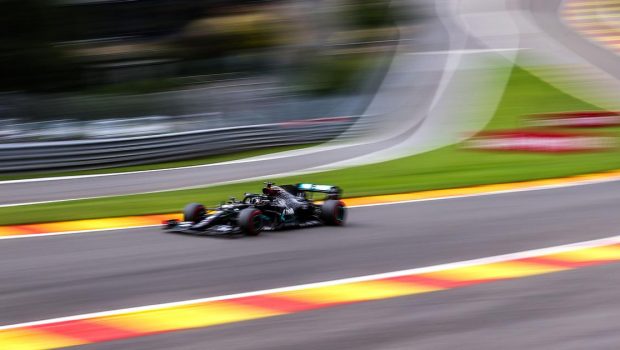 What’s happening with Formula 1 this month?

First the unthinkable, Bernie Ecclestone, the sports helmsman for almost 40 years, abdicates leaving Chase Carey as the sport’s new supremo. OK, the former Brabham team owner turns 90 at the end of October 2020 so maybe his departure was inevitable although many believed he would never leave.

He joins a long list of former Ferrari staff which have taken a leading position within the sport. Ross Brawn, currently the Managing Director, Motor Sports and technical director for the Formula One Group, and Jean Todt, who is President of the International Automobile Federation come to mind.

As Carey has adopted a non-executive chairman role one wonders how much power Stefano Domenicali will wield. But in truth the sports seem to be tranquil at present and Cary has made very few changes to the landscape which he inherited.

One space where Ecclestone did thrust Formula 1  was into the motor sports betting industry.   In 2019 F1 announced, in a cryptic press release, they were cosying up to betting companies – finally deciding to realize the potential profits which could be made  via data licencing deals to online bookmakers and Vegas sportsbooks.

During the course of that season commentators for various broadcasters were talking about bookmaker’s odds and probability like never before and the F1 app was hosting a prediction game which had ‘betting’ written all over it.

Cleverly odds were replaced with ‘percentage probability’ but early press releases did describe it as a ‘new free-to-play betting game for Formula 1’.

F1 Betting On The Radar

Forward-wind to 2020 and now not only are online betting companies’ wares on display around circuits mid-race, the sport’s governing body has inked an agreement with a company called Sportradar which has acquired heaps of historical F1 data from the governing body and uses it to churn out live odds.

Now online bookmakers can acquire live up-to-the-second probability from the Sportradar/F1 collaboration, add a profit margin, convert them to odds, and then offer markets to their customers on things such as ‘a safety car to be called into action before the race end’ or ‘total number of classified race finishers’.

It will surely not be long before F1’s viewership, which amounts to 450 million unique viewers, will see these odds appear on the screen live/mid-race. The reason being… a whopping hole in the sports balance sheet caused by the Covid pandemic. Formula 1 revenues dropped by a whopping 96% in 2020, recording $136 million in losses. Gamblers will surely be seen as one means to claw back some of these losses.