When McLaren Automotive revealed the video that claimed that the McLaren MP4-12C raced the Nurburgring Nordschleife with a lap time of 7 minutes and 28 seconds, many were wowed by the news. Many car race enthusiasts on the other hand were a bit skeptical about the news, considering that it wasn’t an official manufacturer ring run. The fact that the car was piloted by the Sport Auto executive editor, Horst Bon Saurma, also contributed to the skepticism. This is especially so for people who don’t really know Horst von Saurma. 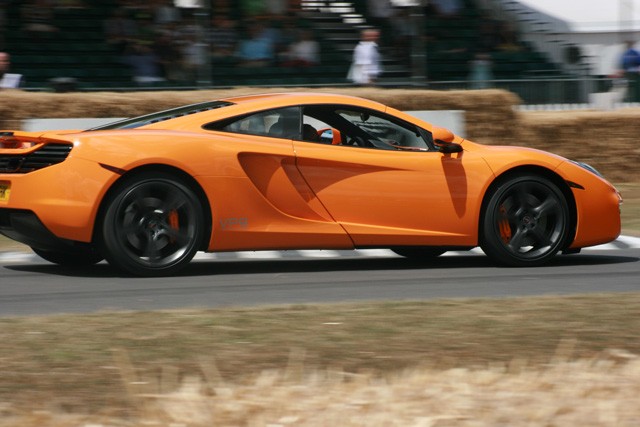 Well, there’s no doubting the fact that the McLaren 2010 MP4-12C is a top racer. However for some, the Nurburgring times report of 7:28 needs to be verified. The fact that the car made it about five seconds faster than the Ferrari 458 Italia, which completed the Nurburgring track with the lap time of 7:32.92, has also raised some questions. Not only that, the  fact that the performance of McLaren MP4-12C would mean that it dusted the Porsche GT2 RS Nurburgring lap time with four seconds has also made it difficult for many to accept the data.

No doubt, we all know that the McLaren is reputed for top speed but its ability to achieve the Nurburgring lap time of 7 minutes and 28 seconds was definitely not part of the expectation. For this reason, we won’t crucify those who don’t believe that the car actually did the Nurburgring track lap time. In case you have decided to take the claim with a grain of salt, you may want to recall that von Suarma’s lap times are reportedly the best independent representation of the capability of any car on the ‘Ring. Yes, you might be thinking of Suarma’s lap with the Ferrari 458, which was 7:38 lap time – some ten seconds slower than the McLaren MP4-12C. Well, there are many possible reasons for the discrepancies and the driving conditions may have definitely had something to do with the performance of the two cars at the ‘Ring.

The McLaren MP4-12C is the first high performance sports car from the stable of McLaren Automotive. This model is designed to challenge the world’s best sports cars, thanks to the skills and expertise of the McLaren team. The MP4-12C comes with a revolutionary carbon fiber chassis structure and Carbon MonoCell. It also features a high performance 2-seat mid-engine model, which is a standard in the core sports car market segment within its price range. When it comes to McLaren cost, it all depends on the features you are looking for. The cheapest McLaren goes for an average of £125,000 and can go as high as £175,000.

The McLaren MP4-12C is purely McLaren. It doesn’t feature any parts from any other brand of car and it’s completely produced in McLaren factory in the United Kingdom. If you’re interested in checking out the model, check McLaren MP4-12C for sale to get the details of what you need.