The 2013 Nissan GTR has set another Nurburgring record at the famous Germany race track. It went all out and achieved the record with a short period of 7 minutes 8.7 seconds. This makes the supercar the 9th fastest street legal car that made an appearance at the popular Nordschleife circuit.

This record was about 8 seconds faster than the previous record time in 2009. After setting the new lap time, the Japanese automaker opines that the Nissan GTR can even do better when the new Track Edition 2013/2014 model is brought to perform on the track. According to Kazutoshi Mizuno, the Chief Engineer of Nissan, there is a bit of margin in the current time of the car for the 20 kilometers long Nurburgring racetrack. He went ahead to state that the latest Track Edition GTR may actually perform under seven minutes, which many believed sound more unreal, especially considering that the difference in the actual and the projected is well above 18 seconds. Suffice to mention that the Nurburgring times of supercars earn automakers and the car model a bragging right, whether officially or unofficially.

The new Nissan GTR is the 9th fastest street legal supercar in the history of the popular Nordschleife circuit. The new set record is about six seconds faster than the previous achievement of the Nissan 2011 GTR. This places the Japanese supercar on the same pedestal with lightweight rear-wheel drive Porsche 911 GT2 RS.

The Track Edition comes with a roll cage, and most of its interior has been removed, revealing the bare metal. However, the vehicle features the exact same engine as the standard GTR vehicle and the 550 horsepower of its engine make the contact with pavement seamless; thanks to the Dunlop slick tires that have been developed specifically for the GTR.

Although the peak output of the 3.8 liters twin-turbocharged V6 engine remains the same at 404kW hp and 628Nm of torque, like the Nissan GTR Nismo, there are quite a number of slight modifications that have been done to the chassis and power train, which have reduced the GTR 2013’s time of 0-100km/h speed time slightly.

Other modifications that have been made to the supercar include high rpm response, new high output injectors to enhance mid-range, a new oil-pan baffle for maintaining stable oil pressure and minimize rotational friction in the course of high performing driving, and a new relief valve designed for the turbocharger bypass for sustaining response. 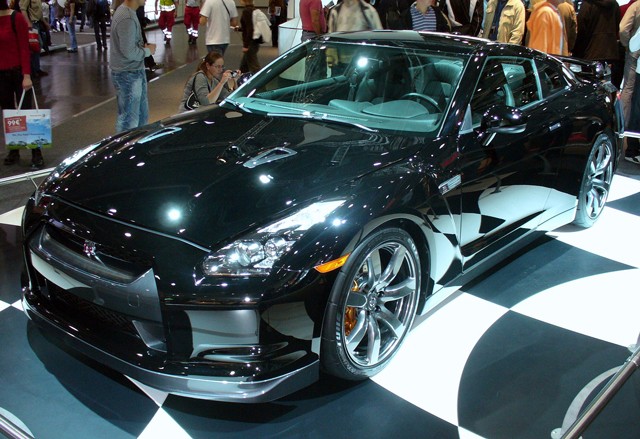 Is the Nissan GTR right for you?

Well, that answer can only be answered individually. You can check the latest news about the car’s performance at Nurburgring or go through R and R Auto Sales NY to get more information about the latest model of the ride. You may also want to check your local auto dealer shop for specific and localized details about the supercar. An alternative is to check Nissan GTR for sale online and read up on different comments and reviews about the car.