Since the reopening of the n-ring in April there are no reports of the dam bursting wide open and records being broken immediately. Koennigsegg has said that the company MAY attempt a record run in 2016, but that preparation is everything and takes a long time. Driver, car, available dates for a high speed run, weather, all have to come together. It is generally thought that Lamborghini, Mercedes, and Porsche are likely to be attempting high speed runs. Acura (NSX), Honda (Civic type R), Ford (Focus RS) are models that may be seen on the track in 2016, although models such as these have been tested on the track since 2014, during development. Chevrolet and Dodge, with the Corvette Z06 and Viper ACR respectively, are also likely to make use of the track’s facilities. The high performance car manufacturers, as well as those manufacturers developing “performance” models of their more mundane regular road offerings, are all the wings. We will report to you as and when information becomes available.
Share
Previous Speed Restrictions Lifted!
Next It’s not Vegas. What happens at Nürburgring doesn’t stay at Nürburgring! 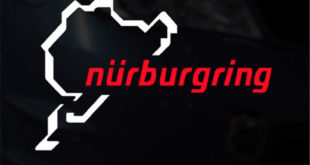